Toys R Us is going out of business. Writing that sounds criminal but unfortunately in 2018 it is a reality. I remember going there as a child and being amazed with the large bikes and stuffed animals that filled the aisles.  Babies R Us as well was a casualty to the closure and all of our children had their baby registry items registered there. Amazon and Target though have taken over our lives and smartphones so big box stores that cater to one particular product are soon to be a thing of the past.

So with any going out of business sales there are discounts to be found so Tyler and I decided to visit our local Toys R Us to see what deals we could find before the good things are snapped up. We have 3 Toys R Us near us but the closest is 5 mins away at our local premium outlet. Basically for those not familiar with the outlet premise it is really another name for a fancy mall that is outside. Living in the northeast this can be good and bad depending on the weather but we had sun and 55 degrees on this visit.

The store had the closeout signs on the window and was a sad sight to see thinking of the fun times i had in the past here but honestly i can’t be that upset as the reason they are closing are due to us primarily doing our shopping online. From toys to groceries I have everything shipped and we don’t visit brick and mortar locations as much as we did in the past. Nonetheless we made a conscious effort to find some good deals on this trip.

Outside the windows had up to 30% off signs posted so I was hoping we would find some great deals. The store was quite busy and as it is an outlet location not that large to begin with so that made pushing a stroller around a little difficult as the aisles were full of closeout merchandise and several strollers filled out the little space that was left. I am really into legos and was hoping to find some great deals on a larger set as I’ve been waiting for a deal like this to happen. Unfortunately they didn’t have the Lego Cinderella castle set I was looking for but they had several other Disney Lego sets in stock. The majority were Star Wars related so that made up for my initial disappointment. They also had several Disney Jr playsets in stock but as the Lego discount was only 10% this was not much of a bargain.

The 10% discount was a theme throughout the store and I didn’t find a single item over that amount even though up to 30% off signs were posted everywhere.  I suppose this was to lure you in the store (which worked) and the keep you in the store to search for a 30% off item (which worked again). Ironically for being named ToysRus the majority of the toys were Disney branded. Once the closeout gets to the 50% or greater stage there will be some major savings to be had on some great toys that otherwise we may have passed on but they are not at this stage just yet. This will take some planning and good timing to maximize the savings while not missing out on anything good. Luckily the store is less than 10 mins from our house so an weekly trip should be enough to satisfy that goal. It’s making time that will be the biggest hurdle.  But if planned right we could get next at Christmas gifts done early and at 75% off.

To not make this a wasted trip we had to make a purchase as we might not make it back so I found a Star Wars Lego set for myself that was already discounted ahead of the closeout.  To not spend much and get Tyler a little something as he was a good sport on this journey we found a small Peppa Pig toy that was $3. This was enough to make him happy so a win-win. We proceeded to check out and they had plenty of cashiers available.  We were reminded all sales were final and we were on our way. Hopefully on our next visit we find some deeper discounts.

Have you visited your local Toys R Us store lately? Are you sad to see it go? Let us know in the comments below. 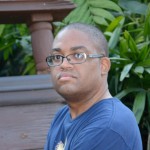 Ryan has been a regular visitor to Walt Disney World® Resort since the age of 10 yrs old. He is a former cast member and is also a Travel Agent who specializes in all things Disney.When not at the parks you can find him blogging about all things travel related. Follow him @RyanLovesDisney on Instagram and Destinations with Sunshine on Facebook and Twitter.

You may also enjoy: