The next destination with sunshine on our west coast adventure was  Disneyland & California Adventure  located in Anaheim. The first three nights we stayed at the beautiful Paradise Pier Hotel. Not only was this a nice hotel, but it was walking distances from both parks, which was a huge game changer for us.  My absolute *least* favorite thing about doing the parks in Orlando is pushing my way onto a jam-packed shuttle with the stroller and sleeping children for a long bus ride after a day at the park.

The hotel had a really cute Pixar and beach theme.  Our room was standard sized but in addition to to full sized beds it also included a couch which collapsed into a twin size bed.  With Tyler in the pack and play, this meant that none of the kids had to sleep together, which was a major plus.

There was a pool with a water slide, kiddie pool and a large patio area, but to be honest, the pool area was a bit underwhelming.  For the price point of the hotel I would have expected something a bit bigger and more on brand.

One advantage to staying on site at a Disney Hotel was the easy access to go to your room in the middle of the day. California Adventure has a exclusive entrance that leads right into the Grand Californian. This makes it easy to cut through the lobby right to Paradise Pier. One day Isaac and I even went back to the hotel and took a nap, which was amazing. They say in the morning this access is only for Grand Californian guest however we had no issue using it throughout our trip no matter what time of day it was.

One of the highlights of the entire Anaheim leg of the trip was Donald Duck’s Seaside Breakfast which was right in our hotel.  We have done lots of character meals over the years and this was one of the best! The characters came around several times for pictures and autographs.

The food was excellent: a great mix of classic breakfast buffet staples and things we had never had before (chicken and waffles anyone?)

We loved that the  characters came around several times for pictures and autographs.

This is the first time I had ever been to California Adventure (Ryan & Hannah went a year and a half ago) and it did not disappoint.

Isaac and I even got up early one day and did a 2 mile walk of California Adventure before it opened.  It was fun to see “behind the scenes” and learn some facts about the park.

Some Things we loved

We loved Incredicoaster and each rode it several times. Cars Land was a huge hit and the land was so cute. Hannah who is 4 even got on  Guardians of  the Galaxy: Mission Breakout (which used to be Tower of Terror).  She was more scared of the backstory than she was of the ride itself.

Another highlight was the Paint the Night Parade.  Ryan arranged a dinner package for us that included reserved seating which I would recommend.

In contrast to our fun character breakfast at Donald Duck’s Seaside Breakfast, our character breakfast at the Plaza Inn was a bit of a let down.  First we had to wait in line to check in, then wait in another line to take our picture with Minnie (which they then try to sell to you later)  then stand in a third line to pay for your meal.  Then they seated us out on the patio, which was fine but they don’t do ANYTHING for you.  They don’t give you drinks, silverware, napkins.  It took Ryan and I a solid twenty minutes of running back and forth getting everything settled for the kids before we finally got to eat.  There were a lot of characters there but it took them a very long time to come around and we left before we saw all of them, since we were anxious to get started on our day.

Disneyland was probably my least favorite theme park we did this trip (and we did 4 on this trip!).  Unfortunately we were in Anaheim during an extreme heat wave.  In contrast to Orlando, Disneyland had lot of uncovered outdoor lines, the indoor areas had no fans, and honestly it made for a pretty miserable day at the park.  A highlight for me was the Tiki Room show.  I remembered seeing it when I was a kid with my father and grandfather. The kids probably enjoyed Toontown the most.

We had a great time at Disneyland & California Adventure and can’t wait to go back!

Have you been to Disneyland or California Adventure? What were some of your favorite things you did. Do you have any tips you would like to share we did not include in this story? We would love to hear from you! Let us know in the comments below and make sure you subscribe to our blog to keep up to date on our latest adventures!

The next Destination With Sunshine we will review is : LegoLand. 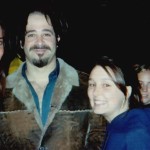